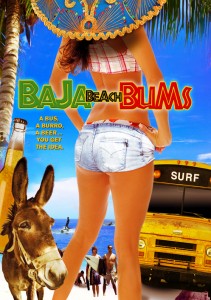 I’ve watched my fair share of bad movies (mostly voluntarily), and categorically speaking, there seem to be a few different types.

Sometimes a delusional director will attempt to create a “masterpiece”, with complete faith that the “art” he’s created is actually good. If nothing else, this type of movie is generally entertaining. Think of any movie by Tommy Wiseau or James Nguyen.

Then there are movies that are unintentionally bad. This list is headed up by films like Battlefield Earth, Cool As Ice and Judge Dredd. These doozies are usually characterized by a big budget, a high quality production, a bad plot and atrocious acting. Fortunately, this type of movie often has some kind of redeeming entertainment value.

Then we come to a category of bad movies that I just can’t stand. I’m not really sure how to define this category; I guess we’ll call them authentically bad movies. They generally hold little to no entertainment value. This would include movies like Post Impact, Gigli, and yes, Baja Beach Bums. These movies are frustrating, because many times they don’t have any sense of awareness that they’re actually bad. Sometimes these films are characterized by pseudo-intellectual garbage that nobody would buy, and other times they mislead and confuse the viewer, not in an attempt to build to a surprise ending, but simply because nobody bothered to check the script. These projects usually look as though someone took over mid-way, or an outside writer tried to throw a wrench in the mix for a quick fix.

I think what defines Baja Beach Bums is exactly that. Someone said they wanted to do a movie about camping in Baja, and the producers came and told the writers, “You can’t do that. A movie has to have conflict”. So the writers cobbled together an artificial plot device to please their bosses. I will come back to that later, but it’s not really the worst thing about this movie. Well, maybe it is, but I’m getting ahead of myself.

Firstly, just about everything about the title and the poster is false advertising. This isn’t really a movie about surfing. There are a total of five to 10 minutes of “surfing” in this movie… combined. It isn’t really about pretty ladies in bikinis either. Yeah, there are a few actresses in this film, and okay, they’re relatively attractive, and yes, they even don swimwear at times. However, they are essentially of the hippie variety, and again since this movie isn’t about surfing, it doesn’t have much to do with swimming or sunbathing either. Baja Beach Bums isn’t about beautiful beaches or exotic scenery either. No, Brandt and his crew come to catch the first wave of the New Year, so Mexico is mostly brown and yellow at the time of filming. In essence, every element that had a chance of saving this movie (even just a little bit) is non-existent here. Baja Bus Camping would have been a more appropriate title for this hogwash.

The movie is about the cheese wagon and the donkey (who randomly narrates once or twice in this picture), so those elements actually belong on the poster (actually, you could probably do without the donkey). Do you care to know what the big conflict of the movie is? You’ll be sorry you asked. The donkey tampers with the bus’s distributor cap, so Brandt and his friends spend the next few days worrying about whether or not they can get back. Wow, great camping trip guys. Anybody with brains could figure out any numbers ways of getting back that doesn’t involve repairing the bus (although that is one option). Way to have a good time. Let’s sit here and worry and complain about the bus breaking down.

Well okay, there is a little “gang” related conflict in this movie too. Brandt and his buddies are staying on friend’s land, and apparently some people are after him (there isn’t much detail around this; but that doesn’t really matter). When all the conflict plays out, their friend emerges alive and he remarks to Brandt, “the less you knew the better”.

What the freaking frak!? The less you knew the better? No. No, no, no, no, no. That’s not an excuse for a poorly conceived plot device. Brandt and his buddies are there to entertain themselves; it’s not as if they were going to reveal details to strangers.

Finally, I’m going to touch on the issue of camping. If you like camping, great, I’m not going to judge you. However – and I can’t stress this point enough – it’s one of the worst premises for a movie ever devised. I don’t really care to watch people sitting around a campfire drinking beer, doing drugs and playing guitar. Who thought this would be entertaining!? If I had the choice between watching someone camp and go camping myself, I would pick the latter every time, although the chances of catching me camping are pretty slim.

If you like camping, maybe you “get” this piece of crap, but based on IMDB ratings, that’s doubtful. I have no idea what possessed me to sit all the way through this thing, but I did, and here I am talking about it. Don’t bother with this one.