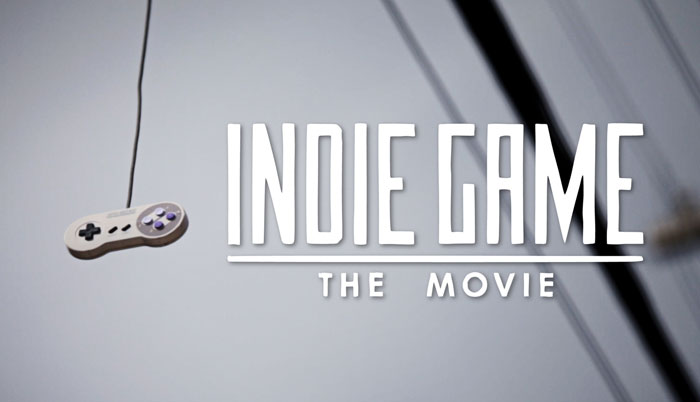 Finally, games and movies coming together.

Indie Game: The Movie follows the development of three indie game development projects: Super Meat Boy, Braid, and Fez. All of these games would later become highly-rated hits in their own regard.

In particular, the film highlights the toil and struggle independent developers go through to create video games. It gives you insight into the fact that small teams, long hours, fatigue, and worry are all a part of the rigorous development process.

Though each developer ended up achieving success in their own way, some of them had mixed feelings about it.

Perhaps the least suspenseful of all developments in this movie is that of Super Meat Boy. You can definitely appreciate the struggle and challenge that they went through to finish their product, but in the end their game did more than they ever thought it would.

However, based on some of his comments, you can tell that Tommy Refenes was brought to the brink of his own human limitations. Fatigue can definitely do that to people.

Braid, created by Jonathan Blow, quickly became a highly-acclaimed indie game after its release. If Blow was struggling to the same degree that Refenes or Fish was, this movie did not show it.

In fact, his biggest disappointment was not that the game did not sell well; it was that people didn’t really understand it. True, Braid does tell a disjointed out-of-order love story that is heartfelt. However, many reviewers focused on its gameplay mechanics instead. Perhaps this is because it’s hard to piece together the meticulously crafted story.

Whether you appreciate the outspoken, argumentative and controversial Phil Fish or not, this movie certainly has you sympathizing with his challenges.

The development of Fez took a long time; probably too long by the estimation of some fans. This can be difficult territory for new developers to navigate; they want to make good on their word and create a product that’s as good as they said it would be. However, as they continue development, they become better at their craft, and feel the need to go back and revise previous work. We all remember how long we waited for Duke Nukem Forever, and how it ended up being a colossal disappointment.

This movie doesn’t follow the development of Fez to the very end. There were two things I did immediately after watching this movie:

Should I spoil the suspense?

Fez was released and was received very well. Sadly, Fish canceled the development of Fez 2.

Blow’s new project, The Witness, is still in development.

This is a really great movie and I would highly recommend it. It’s even inspiring in many ways.

Don’t watch it into the wee hours of the morning like I did. I probably started watching it around 1 AM, which meant that I didn’t get to sleep until after 3 AM. I ended up regretting that decision. If you’re debating whether you want to watch this, or something else, or both, just watch this first.