Believe it or not, there were a few Urusei Yatsura games, even if they weren’t that great (I was concerned that I might be cheating a bit with this fan art). Having said that, I probably would have drawn Lum at some point anyway, without having been forced to do so. She’s a fairly recognizable anime character, and fun to draw too.

Even while I was living in Japan, Urusei Yatsura wasn’t exactly new, so if you haven’t heard of it before, that’s probably why. The original run went from 1978 to 1987 (I think we arrived in ’88 or ’89 if my memory serves me right), which means that it was a fairly long-running series. I don’t recall watching many episodes myself, but I did catch it on TV from time to time. It’s also a manga series, in case you’re wondering.

I rather enjoyed watching re-runs of old anime on TV in Japan, as they tended to be some of the better ones.

As for the drawing, I think it turned out fairly solid. I tried something a little different with the hair and the line art, and ended up liking the effect. Stay tuned, as there will be more to come! 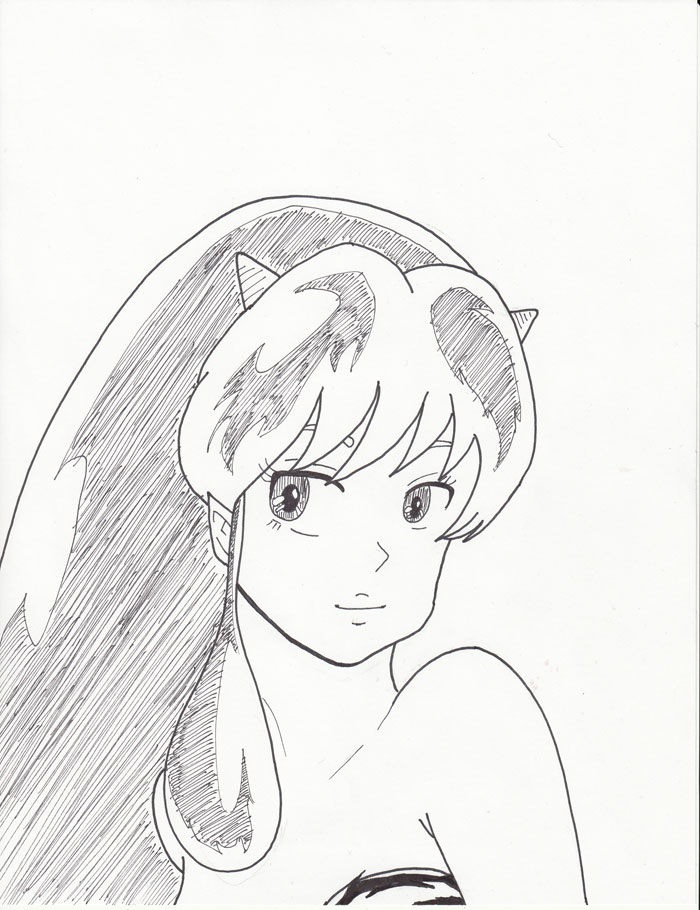