Hmm… What can I say about Samus Aran?

Well, I probably don’t need to say too much about the otherwise sublime Metroid series. If you haven’t played any of the Metroid games, you should stop everything you’re doing and go check them out now. Super Metroid is perhaps the most accessible, and the best place to start, but even the original Metroid for NES was a pretty great game.

If I’m not mistaken, the protagonist of the series was always female, but I don’t think it was common knowledge until Super Metroid and its sequels. If I remember correctly, in Super Metroid, there was a scene in which she removes her combat suit and it becomes clear that it’s a “she”, but I think it was a hard ending to unlock.

Everyone knows about it these days, but awesome, right?

These days she’s often seen in her Zero Suit (incidentally, my fan art is also Samus in her Zero Suit), which leaves very little to the imagination. It’s sort of like Seven of Nine in Star Trek: Voyager.

Anyway, I like how this drawing turned out. The thin line art wins again! This fan art actually came together very quickly. I just hope she looks girly enough. 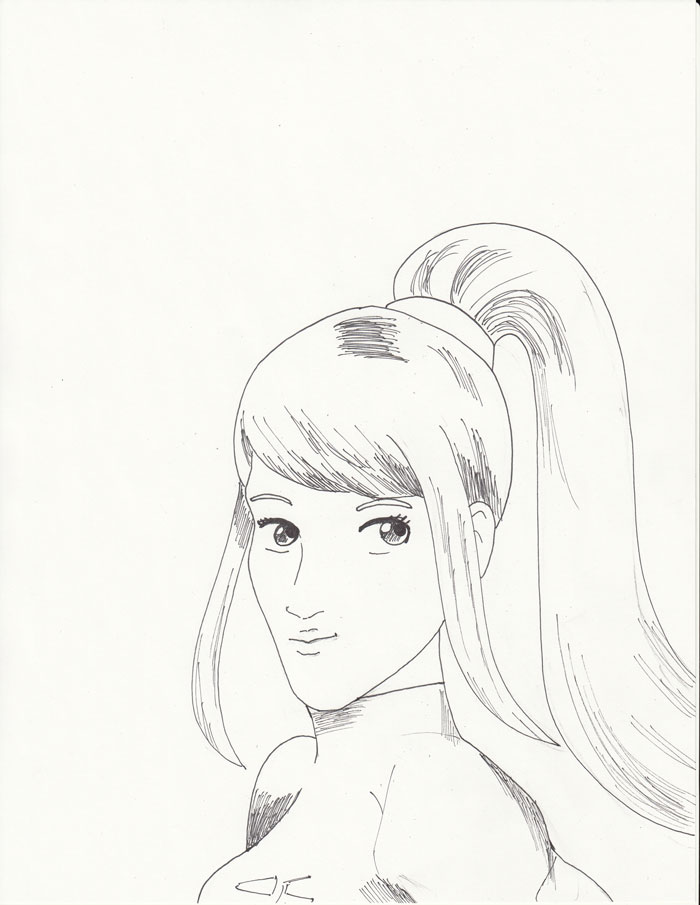