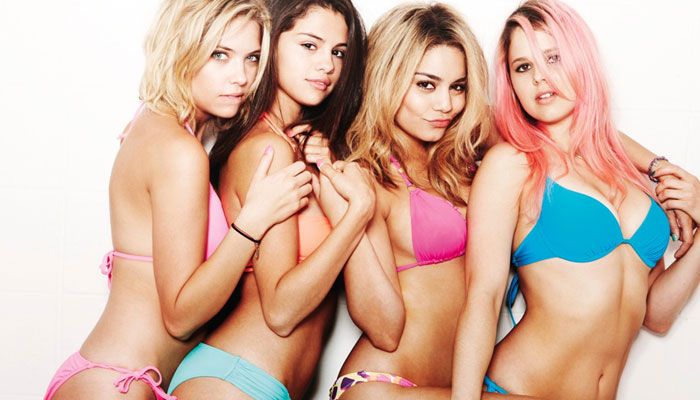 Don’t be fooled by the appearance of Selena Gomez; this movie definitely does not wade around in PG territory.

Oh god. This thing was awful. I can’t believe I actually watched it. It was a butt-load of garbage. I am astonished that it has three to three-and-a-half star ratings on most major sites. I heartily disagree.

The first thing you need to know about Spring Breakers is that the camera really doesn’t seem to care about what’s going on all that much. It comes across as though the observer is drugged or indifferent. The story is disjointed and it jumps around from one scene to another without any explanation. Maybe that’s the point. Ugh.

Was it disorienting? No way. It doesn’t take a fully capable adult with a functioning brain to figure out what this story was about (i.e. nothing). That’s why it fails. At least movies like Fight Club or Vinalla Sky had a point. I shudder to even have to draw those comparisons. This is more like all of the worst parts of Mulholland Drive with Cool As Ice.

That brings me to my next point. There were definitely some opportunities for twist endings in this film (Alien could have turned out to be Faith’s alternate persona, for example). Instead, they just gave a character study on largely unlikable people that you could care less about. From the four girls (Faith, Candy, Brit and Cotty) to their gangsta pimp daddy (Alien), no one is truly sane and no one is very relatable. This is not character development. It’s character devolvement.

Consider this quote courtesy of Faith (played by Selena Gomez):


Hi grandma. Having so much fun here. This place… is special. I am starting to think this is the most spiritful place I’ve ever been. I think we found ourselves here. We finally got to see some other parts of the world. We saw some beautiful things here. God, I can’t believe how many new friends we made. Friends from all over the place. I mean everyone was so sweet here. So warm and friendly. It’s way more than just having a good time. God, it’s so nice to get a break from my auntie for a little while. We’ll always remember this trip. I wanna go back again next year with you. Something so amazing, magical. Something so beautiful. Feels as if the world is perfect. Like it’s never gonna end.

I’m sorry, but who even talks like that? Is she leaving a message, or is this actually a two-way conversation? Don’t worry; this movie has plenty of these nonsensical, insane ramblings throughout, and they get flogged to death. Oh good god, they get beaten to death. Alien’s are the absolute worst, but I don’t even want to go there right now.

I don’t think the movie is too sure who the protagonist is either. It focuses on Faith (the only “good girl”) for the first half, and then the attention turns to the girls who stay behind with Alien (and mostly Alien himself), a gangsta whose death is imminent.

You would think that there might be at least one likable character in this film, and I suppose you could make the case for Faith, but her insane and disjointed mumblings kind of make her obnoxious by the end.

What else is there to say? Don’t watch this movie. It sucks.