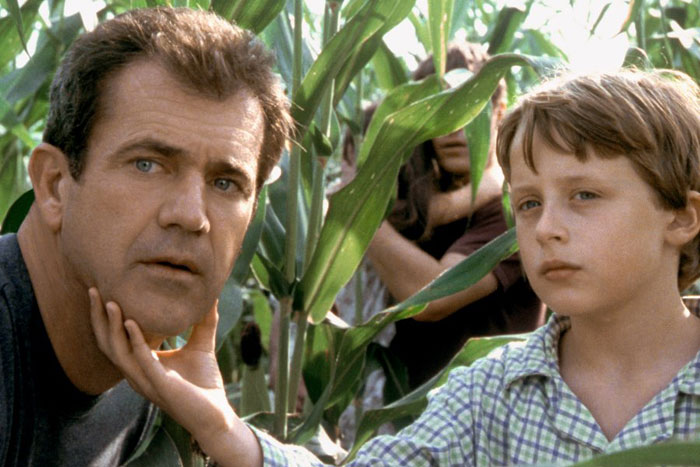 The invasion of the plot holes.

M. Night Shyamalan in his “hay day”… here’s Signs. He’s made some good movies (like The Sixth Sense), but he’s also gone onto do some horrid things (anything after Signs?).

One thing I will say about alien movies is that, at least they aren’t zombie movies. The zombie trend has gone on far too long as far as I’m concerned, but I think there’s still room to explore in the alien genre.