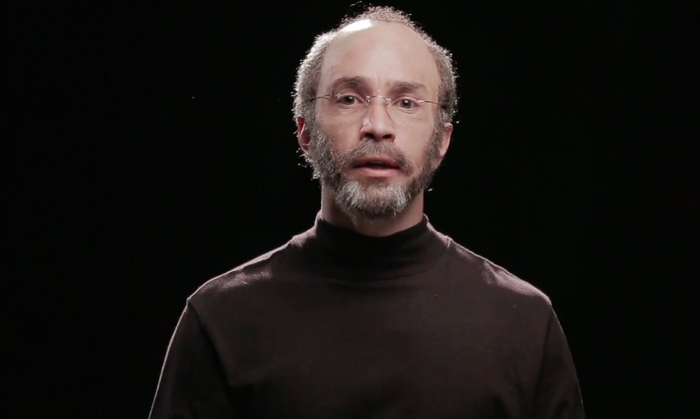 iSteve is a comedic take on the life of entrepreneur Steve Jobs. Overall, it’s an exaggerated, funny and sometimes oddly inspiring film.

Fittingly, or ironically, Jobs is played by Justin Long (“I’m a Mac”). Steve Wozniak is played by Jorge Garcia, just to perpetuate the notion that Jobs was the cool, social one and Wozniak was the fat loser that no one cared about. So, the casting is both clever and tongue-in-cheek.

On that note, the humor in this movie isn’t particularly subtle. It goes right for the jugular instead of muddling around in the arteries. It’s still funny when it’s funny, but you end up having to accept the fact that it’s not going to be a smart or understated movie early on. It may not be going for the baseline denominator (like the toilet humor in Austin Powers: Goldmember), but you can’t set your expectations too high either.

For example, iSteve has Jobs meeting a Japanese spiritual guru whose dialogue is made up of Apple taglines. Jobs is given – uh, flavored stickers? – by the guru. These tablets enable him to see into the future, but he is told, “only when the timing is right”. To put it plainly, the movie suggests that Jobs got all of his best ideas from getting high.

The rest is pretty predictable. There is the meeting with Bill Gates. Gates and Jobs make vows to be the best “GigaBuddies” for the rest of their lives. We all know how that pans out. There is the scene where John Sculley ousts Jobs from Apple. A lot of the pivotal moments are here; they’re just less serious or more embellished.

More than anything, it’s a lighthearted movie. You won’t be rolling on the floor, but you may have a few laugh-out-loud moments.

So, let’s put this all into perspective. With Jobs’ death still fresh in the general public’s memory, there are a variety of movies, documentaries, books and biographies you could dig into. iSteve isn’t likely to top your list, that is, unless you’ve already consumed everything there is to consume.

I guess this might be a good place to start for those who have a casual interest in Steve Jobs and Apple. Perhaps a general comedy-loving audience would show some interest too. However, making fun of Jobs is kind of like countering moon landing hoax arguments; there’s an audience for it, but it’s a niche market. Not that there’s anything wrong with that.

What I will say about iSteve is that it wasn’t terribly crass or suggestive. It’s not a clean-cut movie, but it didn’t try to take too many potshots either. It’s definitely not the best film ever made, but I would sooner watch this than a lot of other titles that come to mind (like Post Impact, Spring Breakers, Baja Beach Bums, etc.).

Save iSteve for a day when you simply don’t have anything else to watch. Don’t put it on the top of your list, but keep it for a rainy night when you still need something to keep you entertained.