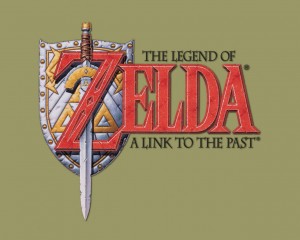 Easily one of the best action adventure RPGs of all time.

The Legend of Zelda: A Link to the Past was released for the Super Famicom on November 21, 1991 in Japan. It made its way over to North America on April 13, 1992 and was a big hit in both regions.

I seem to remember that there was a lot of hype surrounding this game, and rightly so. The SNES was a relatively new platform at the time of release, so the game looked visually stunning. Not only that, but the gameplay footage made it look irresistibly fun, and far superior to its popular predecessors.

There are few games that actually live up to their hype, but A Link to the Past was one of them. This masterpiece featured a tremendous amount of game content, an easy-to-learn control system, visually appealing graphics, and an epic soundtrack. What more could you want from this Action-Adventure RPG?

While it is apparent that the game was developed with kids in mind, an adult could just as easily pick up and enjoy this game. There is a decent amount of challenge to either demographic.

Action-Adventure RPG
While A Link to the Past will always be remembered as an Action-Adventure game, I’ve always thought of it as an RPG as well (minus the tedious menu systems). Like most RPG games of the time, you have to accomplish certain tasks before moving on to the next. Your initial goal to obtain the Master Sword requires you to gather the 3 pendants scattered across the world (and there are other tasks leading up to that).

In any case, the Action is still a lot of fun and relatively easy to learn. I love all the secondary items you gain throughout the game, like the bombs and the bow & arrow. There’s a certain amount of fun built into each item you gain throughout your travels. For example, you gain the ability to run when you obtain the Pegasus Boots, but you also gain the ability to smash, crash, and bump into absolutely everything.

Light vs. Dark
A Link to the Past features 2 worlds; the Light and the Dark. Both worlds look similar, but are different in many ways. You cannot gain access to many areas in the Dark World when you first arrive because you don’t have the items necessary (like the Magic Hammer). This was one of the most interesting facets of the game. Acquiring the Master Sword is only the beginning, with many more adventures waiting in the Dark World.

When you obtain the Magic Mirror, you gain the ability to transfer freely from the Dark World back into the Light World. This becomes a rather essential skill, as there are many areas you can’t gain access to without the effective use of this key item.

Heart Piece Collection
In order to gain the maximum amount of health in-game, you must collect all the heart pieces. This process can actually be a lot of fun, and often requires the effective use of the Magic Mirror. Heart pieces can be hidden in unlikely places, in the depths of caverns, at the edge of the map, in treasure chests, and other locations. This is the game’s most extensive side quest, and the reward is actually worth it.

Visually Appealing
What more can I say? The game still looks pretty good to me, even with the arrival of photo-realistic 3D Action games. Nintendo obviously took a lot of pride in their work, and for such a vast game, you can tell they took a lot of care in developing every detail, as if their careers depended on it.

A Memorable Soundtrack
The thing about the music in A Link to the Past is, even if you don’t particularly like it, you catch yourself humming it anyway. The themes are really memorable, and are effective in communicating the mood and ambience of the environment. The Light World and Dark World themes are particularly memorable, perhaps because you hear them more than any other theme, but the music is very well-developed all around.