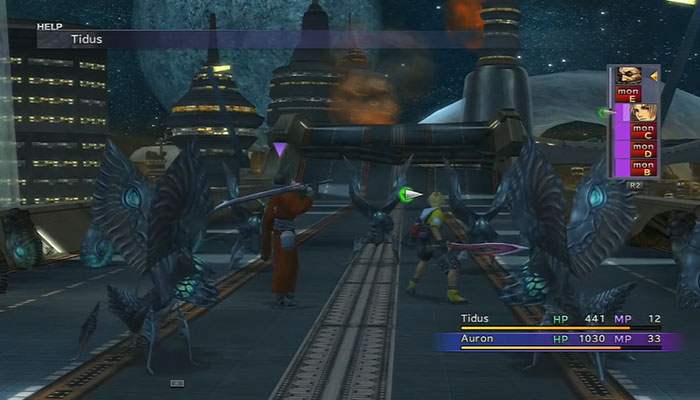 Don’t get us wrong; this game definitely isn’t without its fair share of problems.

The plot doesn’t make any sense, and maneuvers around logic at its own whim of convenience. Tidus is an annoying little snot, and shouldn’t be the focus of the game. Blitzball is lame. The Sphere Grid is one of the worst and most unbalanced character development systems the series has ever introduced. The final boss is completely unsatisfying.

But, when it was first released, you couldn’t help but be charmed by how absolutely stunning and beautiful the game was. The combat system was smooth, and frankly one of the best in recent installments. The side quests were relatively varied and rewarding, though some were absolutely ridiculous (i.e. dodging lighting in the Thunder Plains. WTF!?). The music was quite good too.

It’s not perfect, but X has enough of the right stuff to make number five on our list.